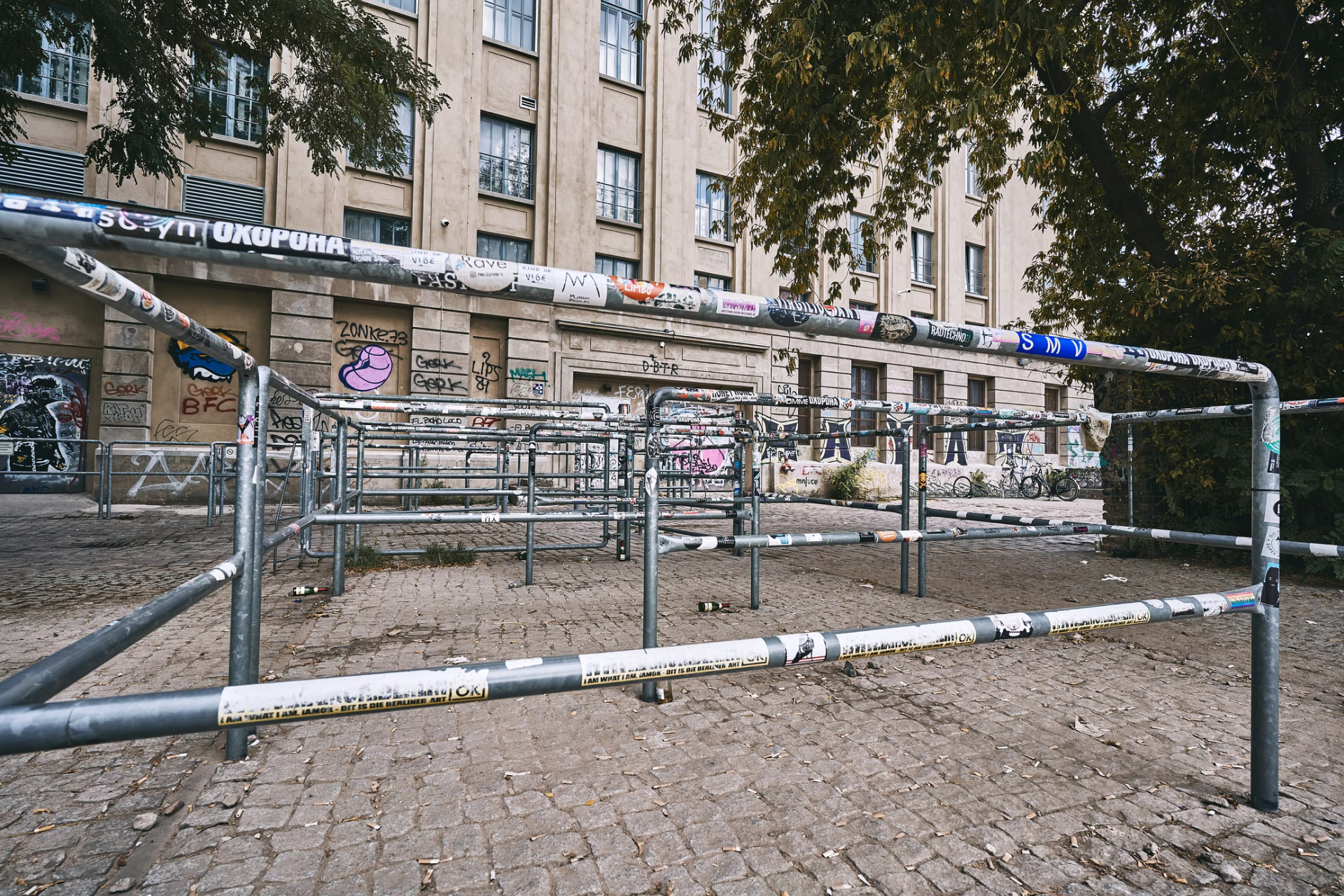 How is Berlin Nightlife preparing for the green transition?

Berlin is currently internationally famous for two things (currywurst set aside): its high commitment for a greener setting, always happy to get more adepts of bicycles and vegetable gardens, and… its clubs. The city is a very creative capital with a renowned nightlife, offering more than three hundred locations ready to welcome millions of party animals - tourists and Berliners alike - every year.

The difficult part is that what traditional clubbing offers is not always compatible with the aspirations of an environmental-friendly lifestyle: it achieved a proven reputation with years when it comes to partying but its high standards can also require consequent CO2 emissions and huge amounts of waste. For example, an average-sized club needs around 1000 Kwh per weekend, which equals what a normal household needs for an entire year. And the total amount of Berlin parties adds up to around 30 tonnes of CO2 per year, without even counting the pollution created by the lack of waste management. Those numbers spoil the party.

Nonetheless, Berlin has set itself the goal of becoming carbon neutral by 2050. It implies that the city's CO2 emissions should be reduced by more than four million tonnes (compared to the baseline year 1990), which equals 85% of its emissions. This ambitious target means that any effort counts and that the capital’s club scene and its worrisome outcomes should be one of the actors fully engaged to reach it.

Hopefully, more and more nightlife professionals and party regulars already try to find greener ways for Berlin clubs. And this awareness could actually be a great thing for the promotion of environment’s protection: the night scene is traditionally an important actor for social change, as it proved it in the past with its commitment in favour of the LGBTQ+ community. What are then the options for Berlin to engage and get more sustainable even when it’s time to relax and celebrate?

A green reputation to defend for Berlin’s city hall

As part of the plan, the city hall has supported the launch of a “Berlin Green Club” label for actors showing efforts in that direction, and a contest to nudge them to compete into the best green solutions. This programme was complemented by a cooperation project called “Clubtopia” and initiated by the Clubliebe e.V., the BUND (Friends of the Earth Berlin), Clubcommission and several other partners. In 2015, this collective also released the Green Club Guide to provide useful directions to nightlife venues to reduce their carbon footprint. It also participated in the Future Party Labs, the cycle of conferences that helped ideate the main objectives of the BEK.

It is important to say club owners have not been waiting on the City Hall to become interested in this kind of actions. The non-profit initiative Clubmob offers free energy consultations and has already worked with several Berlin clubs since its creation in 2011. This organisation analyses the electric needs of the club (lights, isolation, electricity and water, data consumption, electric material, etc.) and suggests a plan to reduce the bill. It then organises parties to finance the renovation whilst introducing clubbers to the issue of sustainability. It is a win-win for clubbers and nature.

The Guide includes tips for sound, lights and classic facilities (Credit: Kiez Toolbox)[/caption]  For instance, when it comes to the bar, of course, beer is at the heart of all conversations. A conspicuous example: glass door refrigerators look cool but can be replaced by some more energy-efficient fridges, obviously far away from heating pipes or any hot device. Supporting local Berliner craft beers is also a plus as it reduces transportation emissions and helps regional entrepreneurs to thrive. And for those who prefer to stay sober, quality and accessible tap water like that of Rummel's Bucht is the answer. To top it off, why not sell glasses for a symbolic price and make donations to climate action projects?

All in all, clubbing professionals have a preference for actions related to electricity consumption. Clubs are retrofitting their windows, installing green energy sources, like any other buildings, but can also count on some pretty cool ideas such as capturing electricity created from dancing energy!

The results are quite rewarding: fourteen Green Club Index participant clubs that applied some of the advice listed above showed, over one year, a total amount of 200,000 kWh in electricity savings and 20,000 kWh in heat savings. This amounts to about €51,000, which is surely enough to invite your favourite DJ to play a set in town (or to invest in new toilet flushes).

Those initiatives are not only important for clubs opening all year round, but are also really clever to implement for temporary festivals or other summer events. Festivals are associated with oceans of used plastic cups, beer cans, cigarette butts and scattered glitter. For instance, England's largest festival Glastonbury reported in 2017 that 1.3 million plastic bottles were sold during the one-week event.

Deposit cups, pocket ashtrays and recycling bins everywhere have democratised and are a start. When it comes to CO2 emissions, 80% of those come from transportation to and from the event. They can then be tackled from the early stage of the commute to the location, for instance with carpools incentives or discounts on public transport. Green electricity then gets in the game. Many other actions related to the products offered on the location (local and/or organic are favs’) or to the sanitary can be considered. Local is the keyword here.

Festivals have already started their waste reduction metamorphosis (Credit: Ecocup Quebec)[/caption]  Even solutions around glitters could be explored: as all the festival lovers know, glitters are often part of evenings and summer events, on the face of all the millennials ready to make their Instagram account shinier. Unfortunately, those little particles are not recyclable and stay very long in the environment, as they are usually made out of plastic or metal, degrade really slowly and are tailor-made micro-particles infiltrating everywhere. Some companies now offer now biodegradable glitter, free of plastic, heavy metal and toxic dyes. It seems like a detail, albeit a flashy one, but party events professionals try to raise awareness on every front so that Berlin be famous for its nature-friendly politics, its clubs… and its green nights.

Communication is the beginning of actions

Real actions are essential, but communication on their importance is also crucial. That is why the Green Music Initiative, a platform creating a bridge between the clubbing industry and sustainable-related best practice, is also committed to being part of the green transition through theme party events. This actor based in Berlin regularly creates parties also made to raise awareness around the ecological transition. It initiated, for instance, the Green Music Awards to honour actors from the music and entertainment industry with the most innovative and sustainable initiatives.

Communication is all the more important that it comforts individuals that are more and more involved in climate change and are thus attracted by green events. The fact that school kids strike together or that ordinary citizens take the street to fight for climate is the sign that people feel the need to unite around subjects they care about - such as the planet they party on. More generally, humans feel the urge to belong together through protest marches, dinners, religious celebrations, gatherings… and parties of course.   It means that a good way to gather people around a specific cause as the one of climate is to create parties, music festivals or any other creative activities on climate action. Where to begin? Well, there is always your living room, for which we have created a series of Playlists for the Planet for you to access and, who knows, start a celebration for the planet?  This article was written by Marie Heinic, Berlin contributor for Plan A. Credit for cover picture: Michael Mayer. 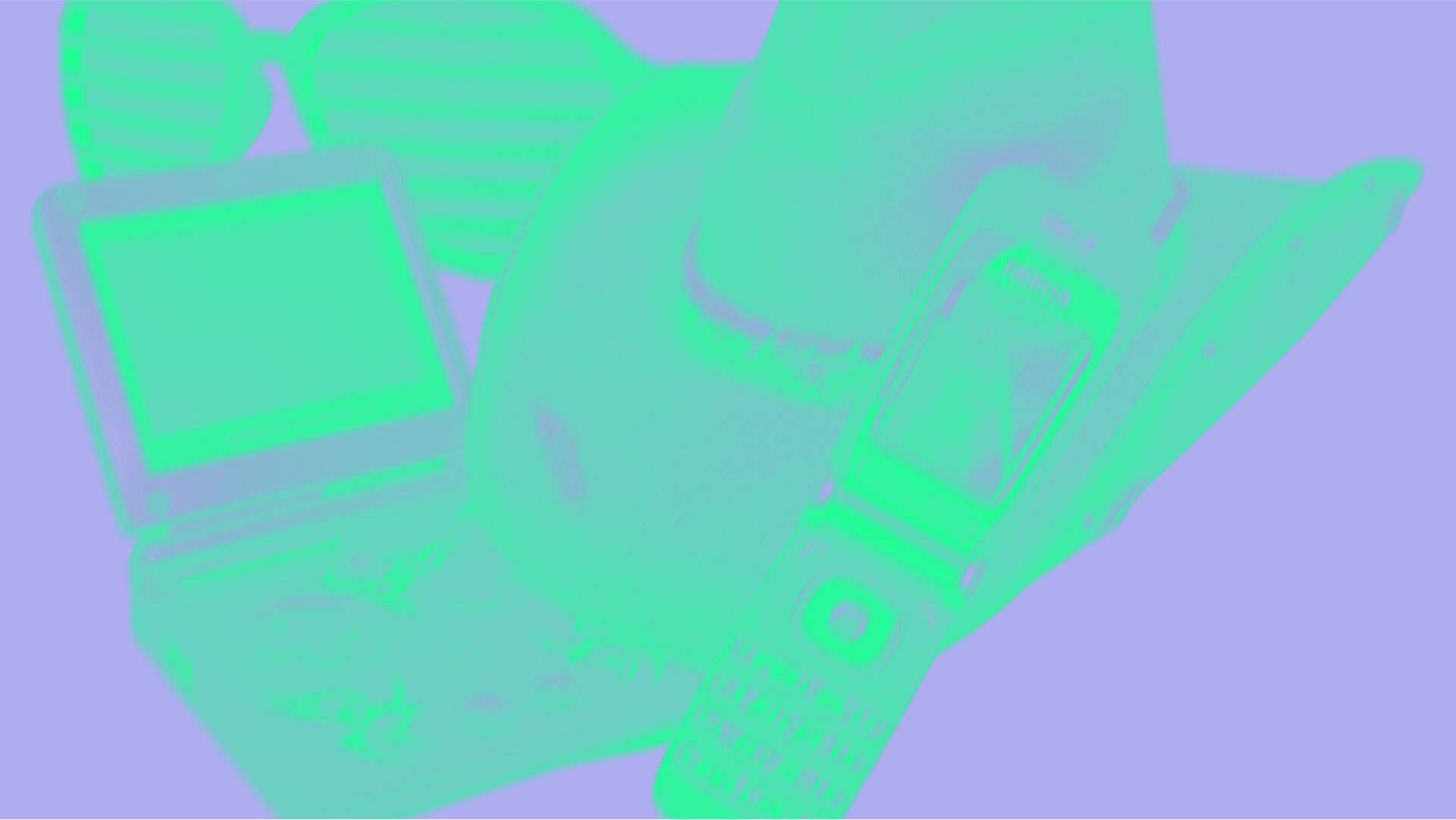 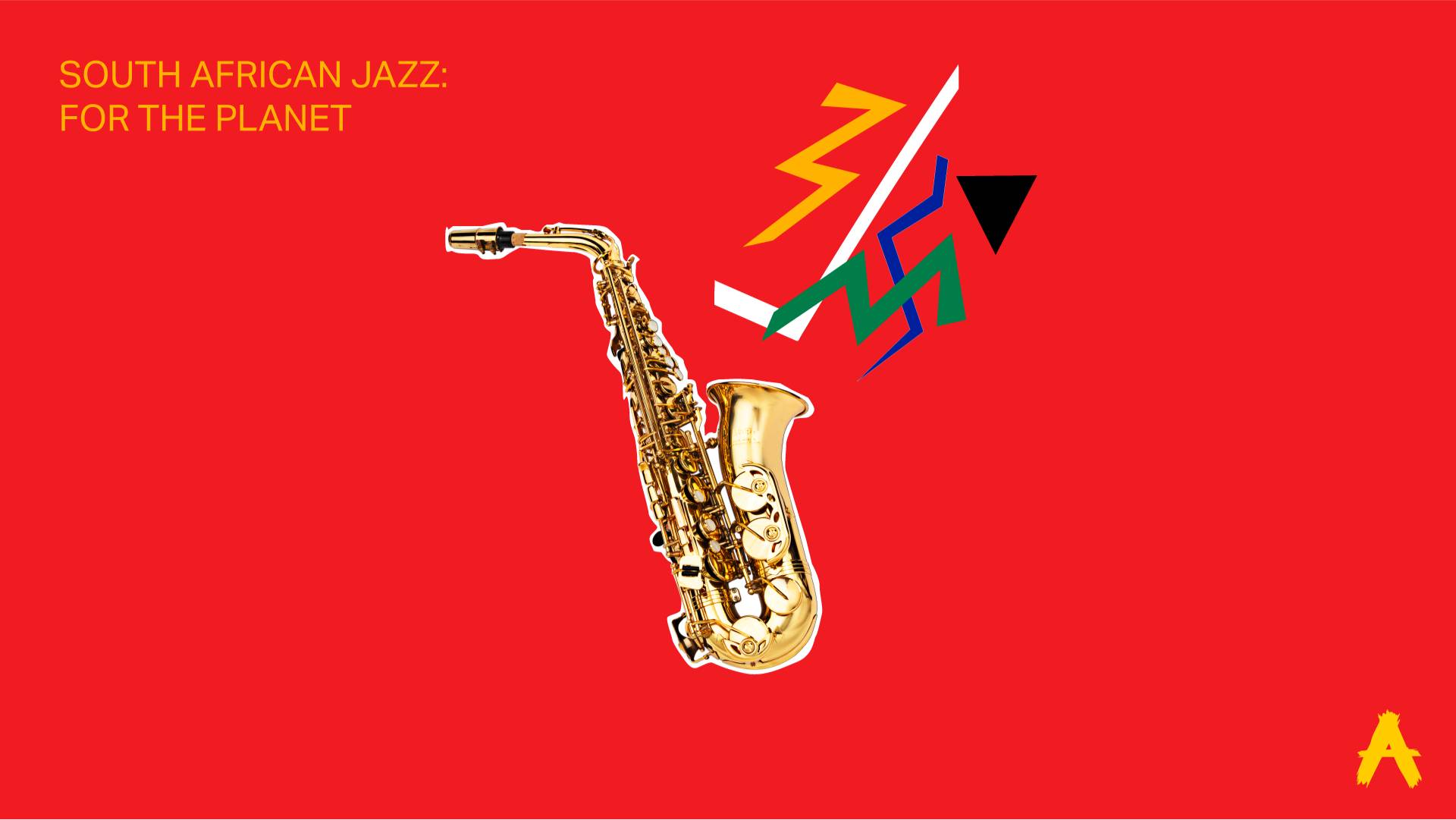 Playlist for the Planet: Sounds of South Africa
Good News 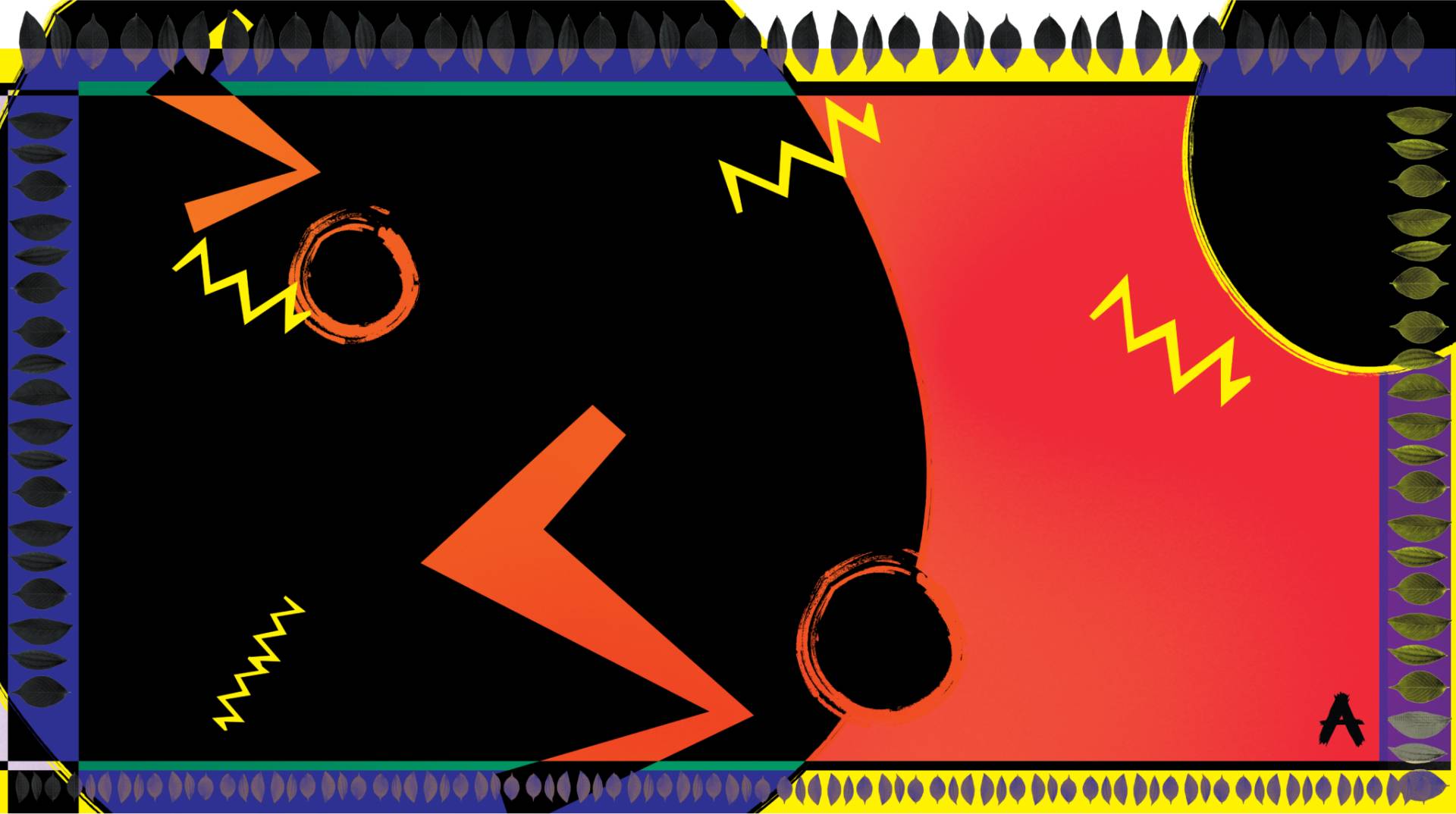